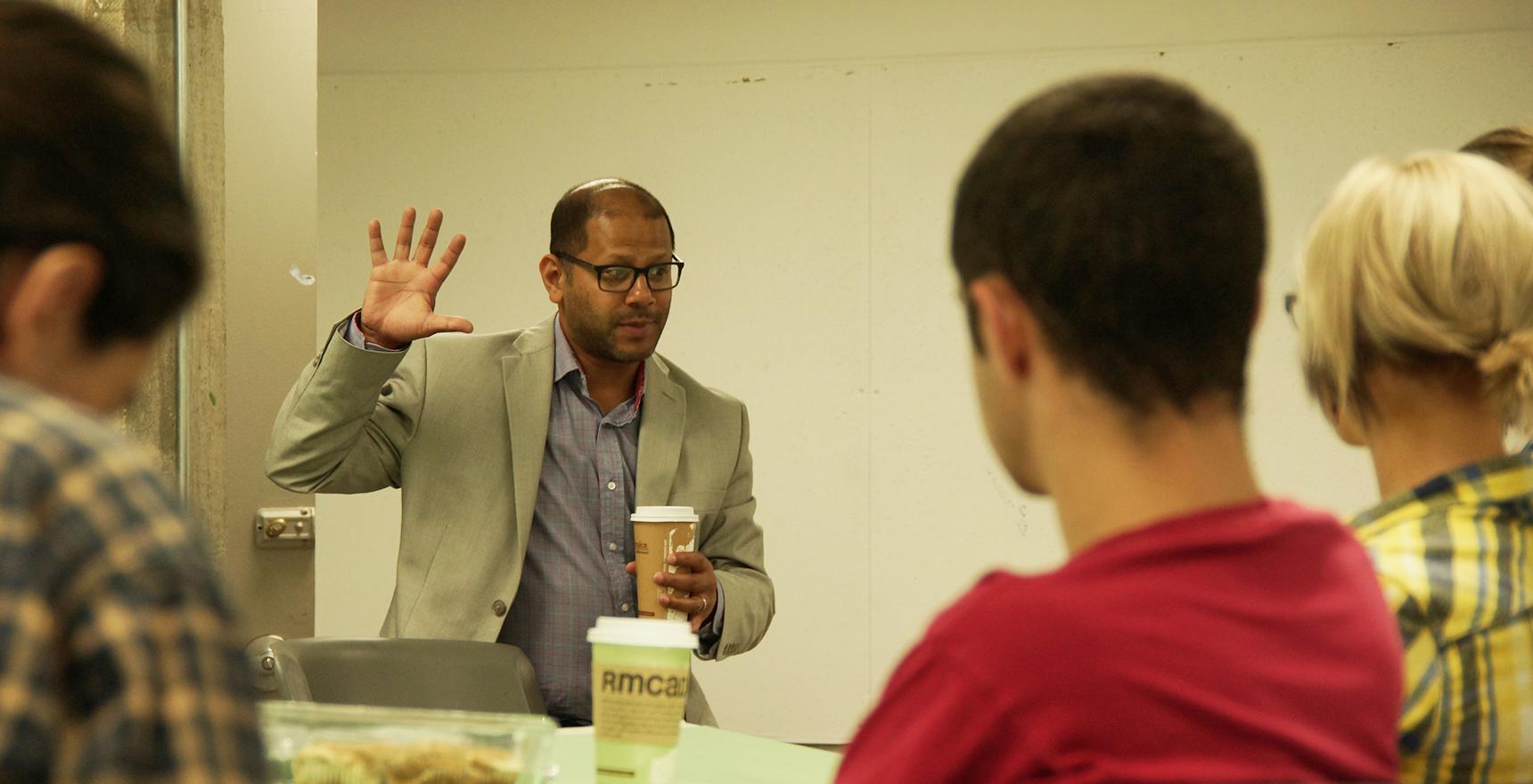 RMCAD’s Visiting Artist, Scholar and Designer (VASD) Program hosted Hasan Elahi as the first guest speaker in its lecture series—Identity. Drawing more than 200 attendees to the Mary Harris Auditorium, Elahi’s lecture included exploration of big data, government surveillance and political commentary through a presentation of some of his lesser-known works.

Elahi delighted the audience of artists with stories and insight that spoke to his use of art as a means to continuously educate himself. “I was able to use my interest in the arts as a platform to allow me to study anything and everything, to any extent.” Elahi’s independent study curriculum also turned the focus towards those studying him—the FBI.

In 2002, false profiling of Elahi as a national security risk lead to months of interrogation and investigation. Through this harrowing experience, Elahi subverted the incriminating portrayal surmised by the government by engaging and inundating the data kept on his life. He created an extensive online database, primarily made up of camera phone images, to publicly display a thorough depiction of almost every aspect of his life. Elahi’s “Tracking Transience” project is part performing arts, part digital arts and fully a lifework.

The ingenuity of Elahi’s presented projects was matched only by the scrupulously constructed concepts behind each of them. Elahi admits that at the time of some of his projects’ creation, he didn’t immediately recognize the extent to which his work spoke to an issue. “I think a lot of artists…a lot of us work in a way where we work almost compulsively or impulsively but we may not necessarily fully understand why we’re doing what we’re doing at the moment.”

Elahi followed up the evening’s lecture with a next-day Q&A for students who attended the lecture, and led a walking field trip down West Colfax to survey the ubiquitous surveillance cameras that otherwise go unnoticed. True to form, Elahi was surveying and taking pictures of his own.

The VASD Program looks forward to the Identity series’ next guest speaker, Judy Chicago, who will present her lecture on Thursday, October 16, 2014 in the Mary Harris Auditorium. For more information on Judy Chicago’s lecture, click here.