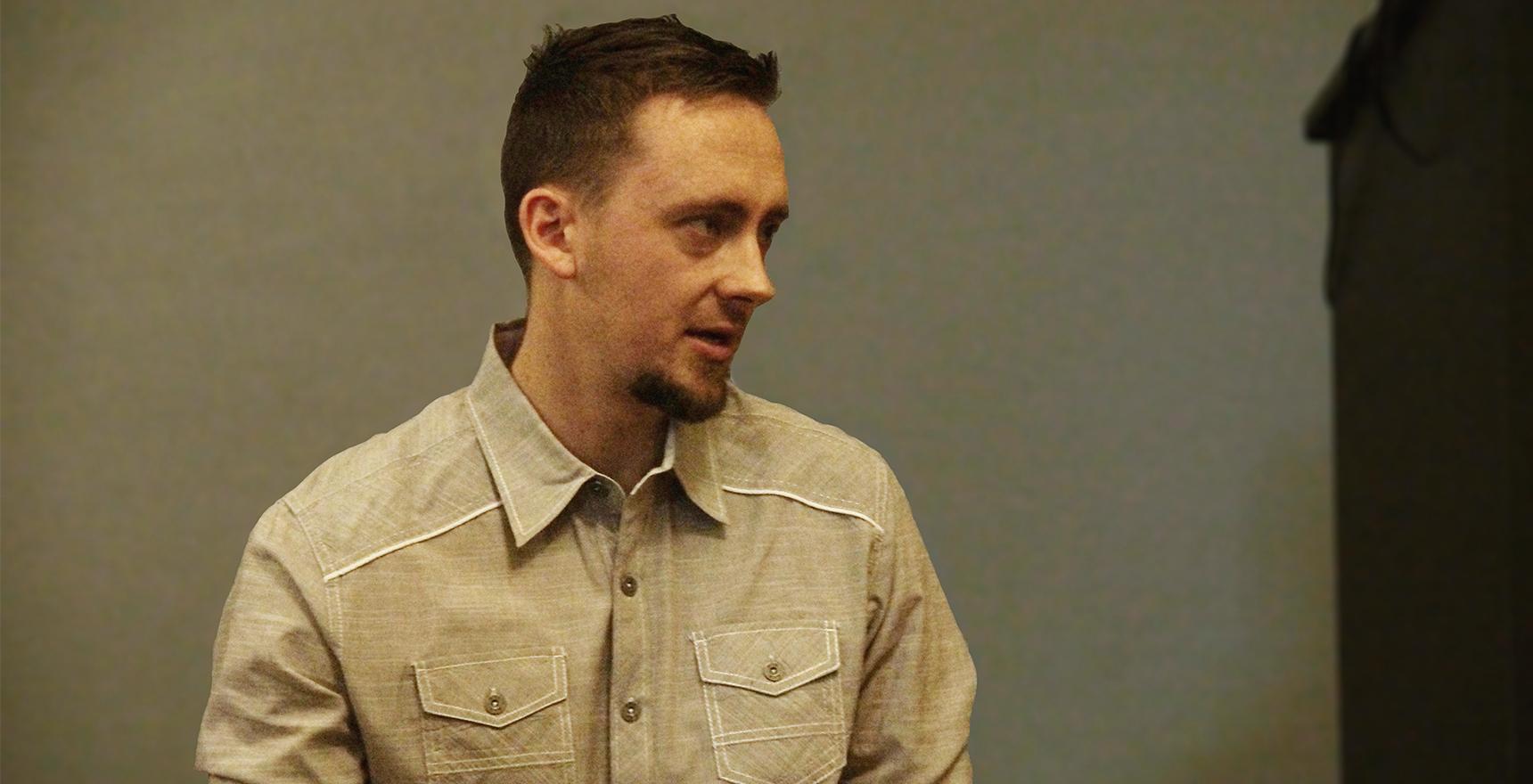 Paul Sullivan, alumnus and art director of The Book of Life, spoke to a crowded Mary Harris Auditorium Friday, November 7 about his artistic growth, workflow and career. Turnout to the previous evening’s The Book of Life screening reaffirmed students’ admiration for the 2003 graduate, as did participation in a costume contest depicting the film’s characters.

Starting with some of his early work (which, he admits looks odd to him now), Sullivan presented visually-packed slides in chronological order. “I love changing my styles,” Sullivan explained of his seemingly scattered projects, “I still feel like I don’t really have a style.” Even still, everything played a part in where he is today. This proved to be especially true in the case of landing a job out of college with Activision—a career-launching event that came from a mere two pages of industrial character designs in the back of his portfolio.

Sullivan didn’t shy away from sharing exactly what students wanted to hear: the process of landing a job out of college. In his experience within the illustration industry, companies are looking for something specific—a style, content or idea. Some applicants fit the bill; some aren’t the best match for the company’s vision. This has little to do with the applicant’s abilities, Sullivan explains, but more to do with what projects that company has going on at the time and how the applicant’s work fits in with that phase.

Diving in to an inside perspective, Sullivan then spun a web of details and people involved in the production process—from video games to movies. “When you’re working with a team, it’s important to be efficient…I’m trying to design this stuff to collaborate, to keep it looking consistent.” As a production team member, Sullivan explained that his designs have to incorporate elements and thoughts of those who will be actualizing his (and other’s) vision. How does this translate from 2D to 3D? Is the lighting consistent with the story’s mood? What shapes correspond best to the fit the plot? Excruciating planning and detail, Sullivan showed the audience, go into every frame.

With production complete for The Book of Life, Sullivan is moving back to Denver. Until his next project, Sullivan seems to live and work by the concept of development rather than an end goal. “The final isn’t the final. The process is the final.” By serving as art director for the season’s biggest animated film, it’s clear Sullivan’s talent, focus and laid-back nature will continue to pioneered him to future successes.