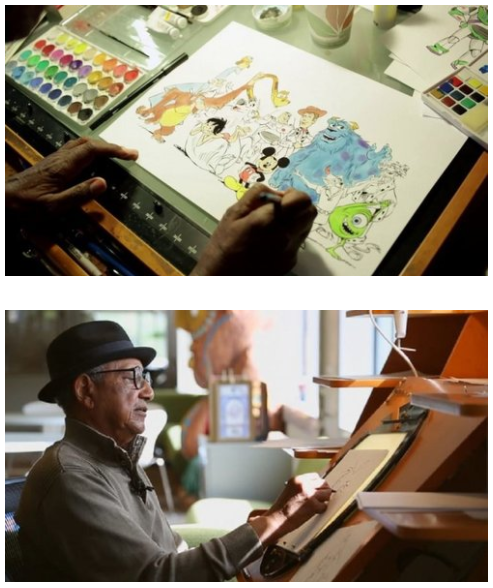 Cartoonist and animator Floyd Norman has been drawing and telling stories with humor and delight for all of his 81 years. His celebrated career began in 1956 as the first African-American animator at Walt Disney Animation Studios. While there he contributed both his technical skill and infectious sense of wonder to Disney classics such as Sleeping Beauty, The Sword in the Stone, The Jungle Book, and Robin Hood. In addition to Disney, Norman has worked at Hanna-Barbera, Ruby-Spears, and Pixar. Norman’s extensive career also includes creative contributions to Toy Story 2 and Monsters, Inc.; and multiple television shows such as The Smurfs, Alvin and the Chipmunks, and Robot Chicken. In 2007 he was named a Disney Legend and he was recognized with an Inkpot Award in 2008. Norman’s enduring, exuberant passion for storytelling, imagination, and art continues to inspire, enchant, and challenge artists and audiences around the world.

Wednesday, May 17, 2017
Mary Harris Auditorium
On the campus of Rocky Mountain College of Art + Design

Acclaimed animator Floyd Norman shared the tales and triumphs that make up his more than 60 years of creative contributions to animation to a full house. From the hand-drawn production cels for Disney’s Sleeping Beauty to the computer-aided animation in Pixar’s Monsters, Inc., Norman has been a part of cinematic magic for decades. This special lecture touched on the artist’s extensive animation history and his craft as well as the limitlessness of imagination for lifelong learners and creators. The lecture was followed by an audience Q+A session.

ABOUT THE SCREENING OF THE DOCUMENTARY FLOYD NORMAN: AN ANIMATED LIFE

Co-presented by RMCAD’s VASD Program and as part of the collaborative program film/Still, the Clyfford Still Museum and Alamo Drafthouse presented a screening of the documentary Floyd Norman: An Animated Life. Learn more about the documentary and see the trailer here.
Both Floyd and wife Adrienne Brown-Norman joined the sold out audience for an introduction before the screening, and Q+A after.