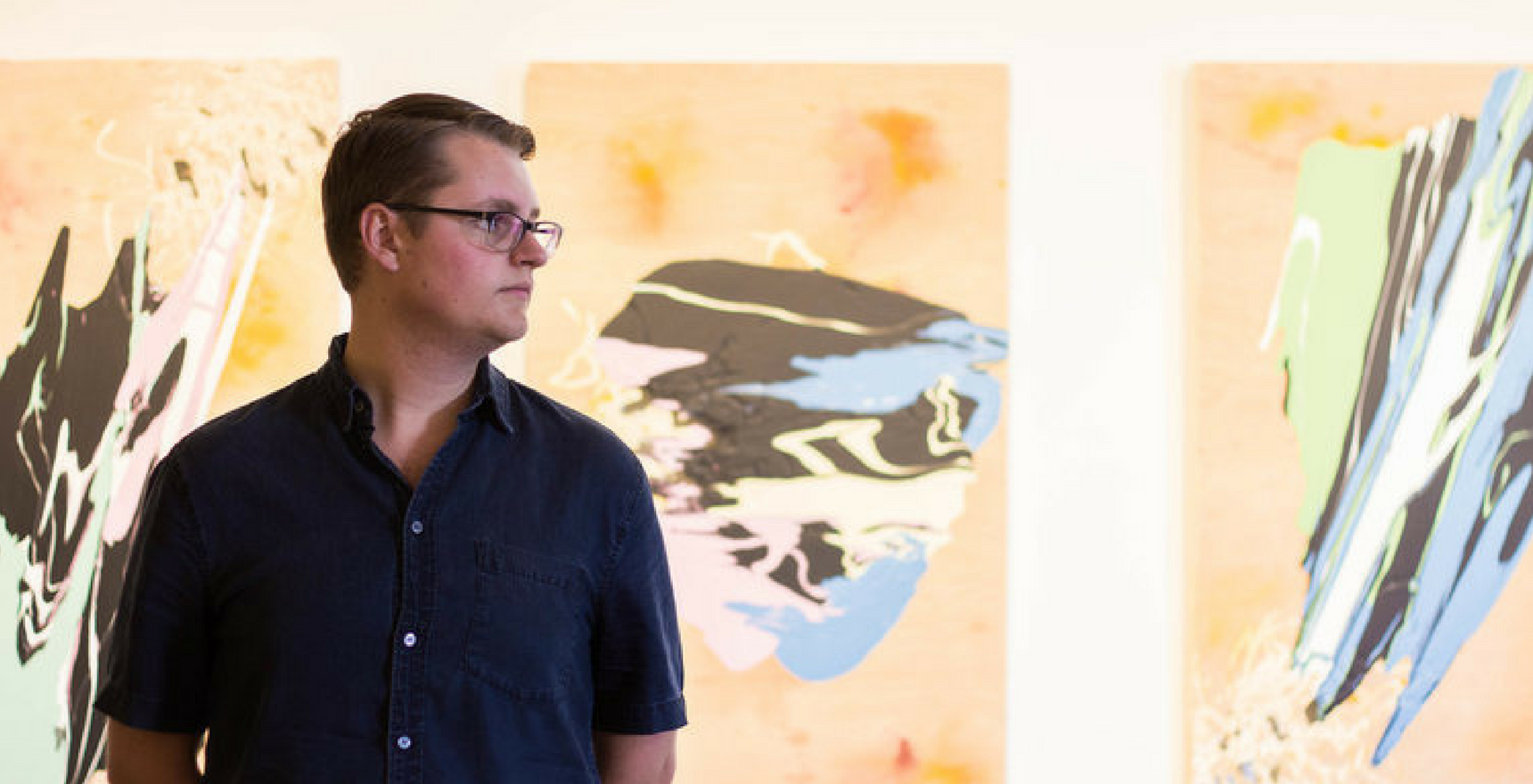 Why Relationships and Connection Are Key to Drew Austin’s Work

Some say one man’s trash is another man’s treasure. For RMCAD alumnus and interdisciplinary artist Drew Austin, one artist’s discarded work is an opportunity to collaborate.

Austin’s current project, “Unsolicited Collaboration” is an ongoing series of work in which he takes discarded artifacts and adds to the existing work to create a new piece. These artifacts are sometimes given to Austin, and other times found in a dumpster outside of a gallery.

“I’m interested in what they’re throwing way,” he said. “Obviously, it’s something that caught my eye that I viewed as important to their work, but they didn’t.”

The artists who created the original work are credited in all of Austin’s final pieces, but they have no control over what he does with it.

“I’ve only had good reactions [from the artists] so far, but I’m waiting for the time when someone’s like, ‘Oh my God, what are you doing?’” he laughed.

This project follows a common theme among most of Austin’s work, a focus on relationships—whether it’s with the self, other humans, objects or the natural world.

Austin graduated as Valedictorian from RMCAD in 2017 with a Bachelor of Fine Arts. He currently works on his art full time from his studio in The Temple, a gallery and studio space located in Denver.

He largely credits his quick entrance into the local art scene to the connections he made while he was in school. Because a majority of RMCAD’s faculty are working artists, Austin saw an opportunity to attend exhibition openings where he knew a few familiar faces. He also volunteered to help his instructors set up installations at local galleries, which gave him a sense of the spaces available in Denver, and a better understanding of different artists’ processes.

“You’re learning hands-on from [instructors] outside of the classroom,” he said.

Upon graduating, one of his former instructors asked him to be her studio mate at The Temple, which is how he got his current studio space.

“From there, I’ve continued to find other opportunities,” he said.

Based on his personal experience, Austin’s biggest advice to art students is to have agency in their education and explore art beyond the classroom.

“Just go to gallery openings,” he said. “It can be really hard and not fun, especially if you don’t know anyone, but get a group of students together and go to a teacher’s opening. That’s where I started.”

In addition to his ongoing Unsolicited Collaboration series, Austin has been busy planning other projects, a few of which are happening in April.

Austin is also scheduled to paint a mural at PlatteForum on April 9, which will be live streamed on the gallery’s Facebook Page. The mural will focus on concepts of masculinity and constructs of identity. Learn more about the event here.